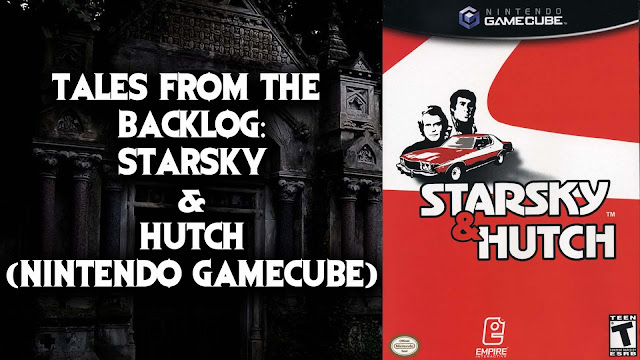 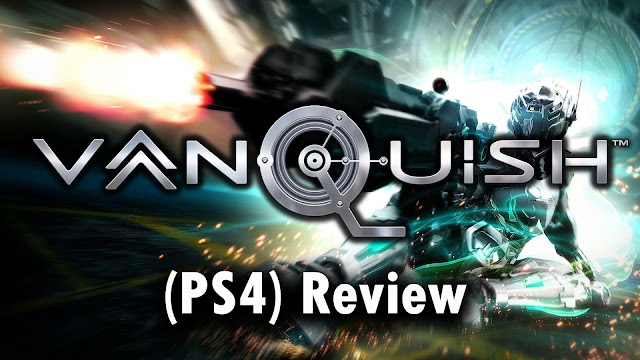 People love shooters.  There's nothing as satisfying as using a gun to kill a demon, alien, or a Nazi soldier, and back in 2010, shooters were all the rage.  The success of games like Uncharted, Gears of War and Call of Duty saw companies cranking out as many shooters as possible.

When you have a lot of games from one genre out on the market, it's hard to stand out.  Everyone is copying each other and trying to give gamers a reason to play their game over the others.  It was in this crowded space that Vanquish released.

Vanquish was developed by PlatinumGames.  Founded by a group of former Capcom devs including Shinji Mikami and Hideki Kamiya, PlatinumGames made a name for themselves by developing gonzo action games like Bayonetta and MadWorld.

Vanquish was directed by Shinji Mikami, who had previously helmed Resident Evil 4, a game that revolutionized third person shoooting.  With Vanquish, Mikami crafted a cover-based third person shooter where taking cover should be your last option.

It's the near future and Earth's resources have dwindled.  To ensure humanity's survival, the United States launches a colossal space station housing a solar energy emitter.  All is well until a rogue element of the Russian military overthrows their own government and launches an attack on the satellite.

The Russians, led by Victor Zaitzev, hijack the space station, and use the emitter to fry San Francisco.  With millions of people dead, President Winters orders an operation to reclaim the satellite and kill Zaitzev.

Vanquish's tale of evil Russian robots and the brave Americans who need to stop them is nothing new.  It's a cookie cutter story with cookie cutter characters, and one that takes itself too seriously.

The lengthy cinematics don't draw you into the narrative; instead, they make you wish it would get back to the action.  There are times where it tries to be thought provoking, but it only creates a tonal disconnect between the story and gameplay.

One moment, you're watching a cut-scene where a character spouts patriotic dialogue about the marines, only to then find yourself taking on two 20-story mechs with only a machine gun and your wits.  The story feels like it's trying to ride Call of Duty's coattails, but it was written by an outsider whose only knowledge of America is cigarettes and football.

The characters are okay.  Sam Gideon is basically Solid Snake if he was a space marines.  He's a hotshot who has a problem with authority, but he can get the job done.

Sam is assisted by Elena, his short skirt wearing assistant who frequently chimes in with information.  Their conversations remind me of the Codec calls from Metal Gear Solid, and those who played Metal Gear Rising: Revengeance will notice some connective tissue between the two.

Heading up the operation is Robert Burns.  Burns is a grizzled veteran who prefers to shoot first and ask questions never.  Him and Sam frequently butt heads since Burns disapproves of Sam's cockiness.  However, Sam proves to be quite helpful in taking down Zaitzev's robot army.

Victor Zaitzev is as generic a villain as you can get.  He hates capitalism, he wants to see the American government collapse, and its revealed late in the game that his coup de tat was backed by a key character.  What Zaitzev really needed was a rogue's gallery for Sam to square off with, something along the lines of the Desperadoes from Metal Gear Rising.

Not helping matters is the game ends on a cliffhanger.  12 years later, and the dangling plot Vanquish leaves unfinished has yet to be resolved.

Vanquish is a third person shooter that plays like Gears of War...Gears of War ON SPEED.  Sam can walk, take cover, vault over cover, dodge roll, and heal allies if they go down.  This is typical for games of the genre, but what makes the gameplay distinct is the ARS.

With it, Sam can rocket across the environment, slow down time to make precise shots, and throw a punch that one hit kills most enemies.  The suit consumes energy and when it overheats, it needs to recharge.

Overheating leaves Sam in a temporary state of vulnerability.  He moves and rolls slower, so if he's caught in the open, you better hope there is some nearby cover.  While Vanquish pushes players to be fast and aggressive, the inclusion of the meter prevents the game from becoming a cakewalk.

Once you get used to the suit's quirks, you'll be killing with style.  It's incredibly satisfying to boost into enemies, mow them down with the machine gun or shotgun, or chuck a grenade and slow down time to explode it mid-air.  Using the ARS to its full potential is where Vanquish shines.  It rewards players for playing creative instead of vanilla.

Sam can carry three weapons and two types of grenades.  The weapons include assault rifles, shotguns, heavy machine guns, a rocket launcher, plus some unique firearms like a laser cannon and a gun that shoots sawblades.  Grenades include frag grenades and shock grenades that temporarily disable enemies.

The expansive arsenal encourages you to frequently swap out old weapons for news ones to see how they fare.  You may want to bring the noise with a rocket launcher or get straight to the point with the boost machine gun.

Upgrading is done through one of two ways, by finding chips dropped by enemies, or by collecting the same gun twice when your ammo is maxed out.  Doing this three times unlocks a new upgrade like increased ammo or damage.

The catch is if Sam dies, the weapons in his loadout lose a tier.  This adds a risk/reward element when you know dying sets back your progress.

Enemies consist of robots great and small.  Your standard grunt robot isn't a problem, but the bigger ones armed with clubs and flamethrowers are.  Grunts will also pilot walkers, flying units, and armored vehicles.  As you get deeper into the campaign, special robots are commonly mixed in with regular ones to keep the pressure on.

The level design is varied.  Some stages are large arenas with lots of space to move around.  Other times, you're put into tighter spaces where dodging is essential.  Halfway through Vanquish, Sam and company need to navigate through an overgrown park.  The place is crawling with snipers and ambush points.

Out of all the levels, this was one of my favorites because you need to be patient and try not to blitz through the stage, unless you want a sniper bullet up Sam's ass.

In a way, Vanquish is a spiritual successor to 2D shooters like Contra and Metal Slug.  The large groups of enemies combined with a scoring system push you to run and gun as much as possible.  Points are earned for killing enemies, with bonus points added for using the ARS.  At the end of each section, your points are tallied up before the mission continues.

The arcade-like mentality the game has motivates you to hone your skills and earn the highest score possible.  Being penalized points for dying encourages you to not mess up as much.

Vanquish always finds a way to keep the gameplay fresh.  A handful of sections see Sam and the marines ride on a monorail to reach their next location.  You might need to protect your ride from enemy forces or take out spotlights to avoid getting spotted.  These parts are fun but are nothing compared to the boss fights.

Each fight is fun, challenging, and varied.  Even with the ARS, these bosses can be difficult.  You'll face off against a colossal walking mech, a giant spaceship, and a liquid metal humanoid ripped straight from Terminator 2.

As high octane as Vanquish is, there are flaws.  While the level design is good, I noticed the smaller, cramped stages were filled with invisible walls that popped up when you least expect it.  The many invisible walls and context sensitive actions show the game's age, as do the quick-time events.

Your AI comrades are ineffective.  Their guns seemed to be equipped with BB pellets since they do a lot less damage than you do and considering one of them is always armed with a Gatling gun, that's not good.

Vanquish is short, taking between six to seven hours to beat.  When you complete an act, a challenge map is unlocked.  Challenge maps pit Sam against waves of enemies.  The goal is to eliminate all waves as fast as possible with the arsenal provided.

I love a good challenge mode and this one didn't disappoint.  It's designed to test your experience with the game's mechanics, as is the unlockable God Hard difficulty.

Vanquish runs great.  The framerate is crisp and the animations are detailed.  There are some nice touches to the animations.  If you wait behind cover, Sam will start smoking, and he will flick his cigarette to get the bad guy's attention.

As technically smooth as the game is, the art style is painfully generic.  The city, industrial areas, and other locales are coated in fifty shades of grey.  It only serves as a reminder that the game is a product of the "brown and grey" era.

Despite the average story, the voice acting is solid.  The cast includes familiar names like Steve Blum, Robin Atkin Downes, and Fred Tatascoire, all of whom give good performances.  The music consists of different orchestral and techno tunes, none of which stand out, but they get the job done.

In a genre as overcrowded as the third person shooter, Vanquish stands out with its frenetic gameplay and gonzo energy.  Forget using cover, this is about going fast and playing smart.  The gunplay is satisfying, and the ARS isn't treated as a gimmick, but a useful piece of equipment.

As great as the gameplay is, the story doesn't reach those heights.  It's an atypical action story with forgettable characters and an unsatisfying ending.  This is surprising because PlatinumGames usually shines in the character department, and they really could have done more with Sam Gideon and his football background.

My issues with the story don't overlook how when Vanquish  is good, it's great.  Every time I played it, I felt like I was getting a shot of adrenaline.  If you're tired of hugging to chest-high walls and want something more fast-paced, check out Vanquish.

Posted by William Lowery at 6:45 AM No comments: