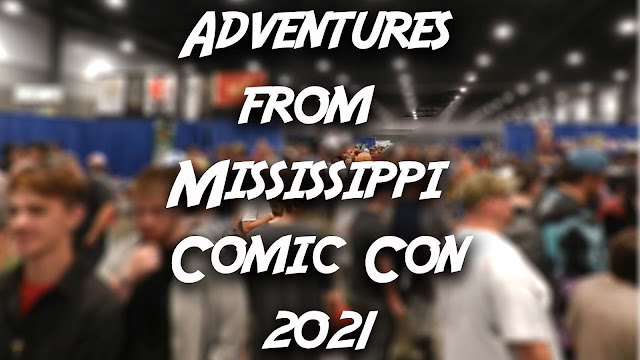 On June 2, 2021, thousands flocked to the trade mart to attend the Mississippi Comic Con.  After a year without conventions, people were ready to get out and have fun.

Growing up, cons were an urban legend.  I heard about them, but I never had the chance to attend one, simply because Mississippi didn't hold such events.  If there were conventions, I didn't know about them.  Fast forward to 2016, and I'm traveling to Jackson to attend the Mississippi Comic Con, which was in its second year.  I was nervous but excited, and I had a blast.

I went back the following year and the next but didn't attend the one in 2019.  I was excited for 2020, but then the pandemic hit.  Ironically, I attended the Mississippi Anime Festival at the beginning of March, and no one was worried about the virus reaching our state.  Then, the reports came in, the state went into lockdown, and we know what happened next.

As people got vaccinated and case numbers declined, it seemed certain conventions would be back in full force, and they were.  This year's event was packed with people from Mississippi and other parts of the country.  The large crowds and lack of social distancing indicated how things are returning to normal. 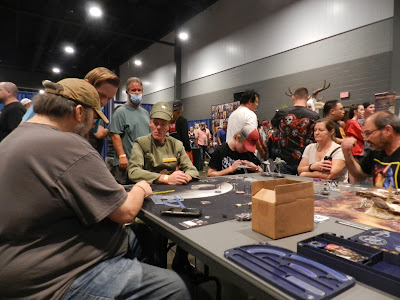 Just another Saturday at the Mississippi Comic Con.

"It's great being here and getting to meet people with similar interests is awesome," said Jesse Calandrum of Madison, MS.

The event brought in not only those who lived the Magnolia State, but visitors from Alabama, Louisiana, and even Oklahoma, as was the case for Ian Hutchison, who used the event as an opportunity to visit his relatives in Laurel.

"I had been scouring for autographs and was searching the internet, curious to see who I could meet.  I found out Billy Dee Williams was going to be here, and my hometown is Laurel, so I figured it's the perfect opportunity to see my family and meet Billy Dee Williams," Hutchison said.

The headliner at this year's convention was actor Billy Dee Williams, better known as Lando Calrissian from the "Star Wars" movies.  His limited schedule meant fans had a small window of opportunity to meet the actor.  Other guests included the wrestler Sting, voice actor Jim Cummings, and actors Judith Hoag and Kenn Scott.

A key component of any convention is the merchandise, and there were plenty of booths set up to sell their goods, or to promote something they do.  Lanny Helton used the event as an opportunity to showcase his recreation of houses from horror movies like "A Nightmare on Elm Street" and "Psycho." 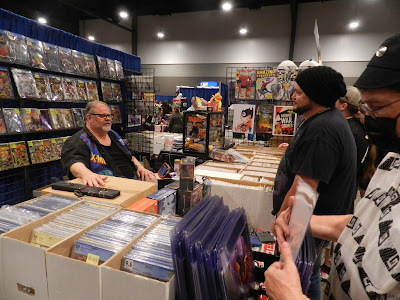 Comic books, video games, body pillows, the convention had it all!

"My initial concept was to do a book-nook.  I started doing them and it turned out I had to outsource them, and they came back crappy, so I decided not to pursue making those.  Then, I started making a replica of the Michael Myers' house and got the front end of it done before I decided, 'I like it how it is; I'm not going to get the rest of it done,'" Helton said.

Helton explained that the scale of the convention has been a bit overwhelming, and he was a bit unprepared, but the experience will prep him for what to do next year.

Many of the attendees came dressed as their favorite characters.  From stormtroopers to superheroes to wrestlers to video game characters, you could never spot the same costume twice at the event.  A costume contest was held on Saturday, with prizes in categories like "Fan Favorite" and "Best Designed" costume.

"I always enjoy the costume contest because it's fun to see everyone's cosplay and I like the panels where they explain how you can improve your costume, plus you're hearing this from like-minded people," said Jackson resident Josh Majors.

Majors impressed the crowd with his costume based on the character Milo from Disney's "Atlantis: The Lost Empire."  For many of the people attending the con, seeing the costumes and the effort put into them is their favorite part of the event.

"They get to express some kind of creativity they might not get to express any other part of the year, plus they get to interact with other fans.  They're able to get together and spend time with each other," said Ethan McCombs of Clinton. 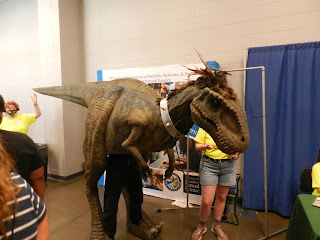 Who says you can't bring dinosaurs to a public event?

The Mississippi Comic Con is run by AVC Conventions, a regional organization that also hosts conventions in Arkansas and Louisiana.  Matthew Hernandez, the host MC, has worked with the group for five years now.

"I was working with a radio station I helped create in Lafayette, LA, and I met Greg and Jay (the convention runners, ed.) through some mutual friends of mine.  They met Greg and Jay through AVC Conventions to discuss bringing a con to Lafayette.  We hooked up, hit it off, and did a promotion on my radio station.

I was out at the convention center, promoting, when their host they had hired canceled.  At the last minute, Greg and Jay walked up to me and said, 'We need you to fill in if you can.  Do you think you can do that?'

It was kind of trial by fire, but I had hosted events before, so I fell into it.  I'm a huge comic book fan.  I do art as well.  I'm a graphic designer by trade, so it all kind of fell into place and I'm happy to be with this crew.  It's been a really great thing."

For outsiders unfamiliar with comic conventions, they might wonder why someone would take the day or weekend to get out and have fun at an event like the Mississippi Comic Con.  The common answer I got amongst those I interviewed was that the event is a form of escapism.  It's a chance to get away from the grind of the real world and be someone different for a little while. 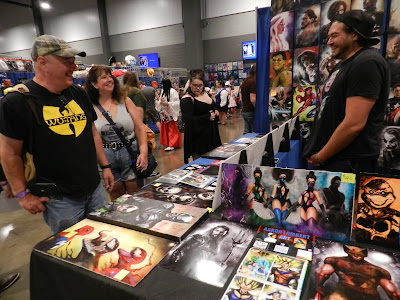 Nothing but good vibes all around.

"Back in 1977, you were a kid on the playground, you were into certain things, and you hung with other kids like you.  "Star Wars" came out and the geeky kids had something to talk to with the jock kids.  It was something to bring people together to talk about."

"It's now a gathering of togetherness and oneness.  It's like, 'Am I the only dressed up as Batman?'  You come here, and there's 13 variations of Batman, so it's like, 'Okay, I'm not alone.'  You get a feeling of belonging," said panel moderator Clark Lee.

The Mississippi Comic Con will return in 2022. 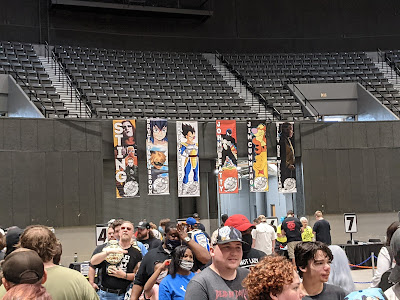 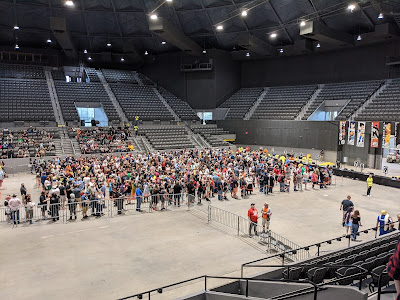 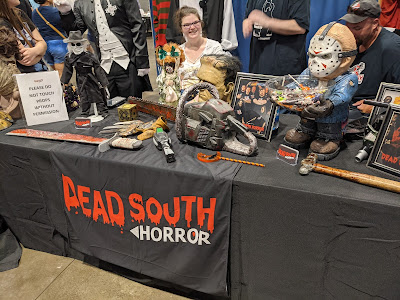 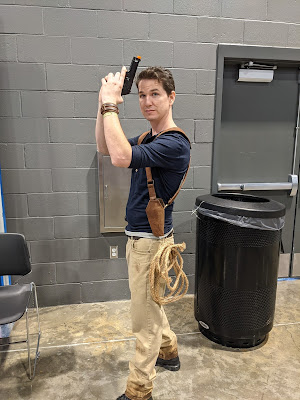 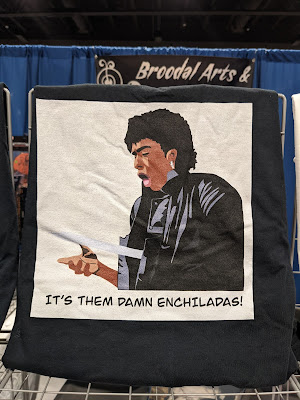 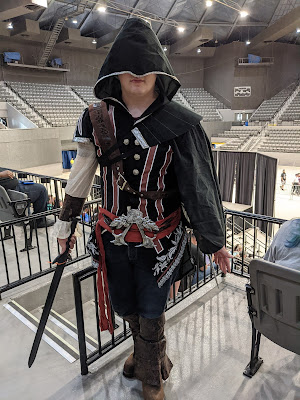 Posted by William Lowery at 6:15 PM