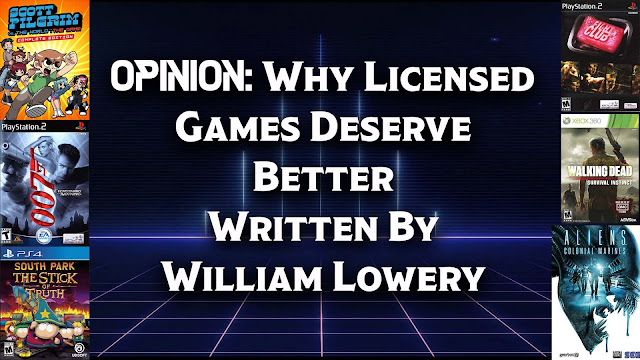 On March 2, Aliens Fireteam was announced.  The upcoming co-op shooter is one of many games based on licensed properties announced over the last few months.  Currently, games based off James Bond, Indiana Jones, and Evil Dead are in the works.  While it's great to see our favorite film franchises receive new games, licensed games always miss more than they hit.

For every Goldeneye, Alien Isolation, or King Kong: The Game, there's an Aliens: Colonial Marines, Marvel's Avengers, and 007 Legends.  In theory, making a great licensed game shouldn't be a problem, especially with the technology game developers have access to.  History proves otherwise.

Unlike movies, video games aren't constrained by a runtime.  They can take the world and characters a film explores in two hours and expand upon it.  The best licensed games are the ones that take advantage of their source material to create something worthwhile, or even better, an original story.

For example, James Bond.  While Goldeneye 007 is considered a classic, I think James Bond video games hit their stride during the 2000's.  Agent Under Fire, Nightfire, and Everything or Nothing are solid shooters, but they're also original adventures.  Pierce Brosnan may get older, but his digital duplicate never will. 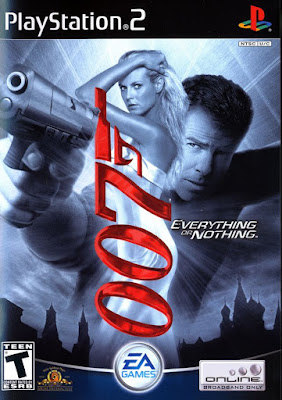 Best Bond game ever, fight me.

Another great example is Marvel's Spider-Man.  Its based on an established character, but it takes the 60-plus years of material out there to spin its own universe and new takes on familiar faces.  Newcomers can enjoy the story and be motivated to look into Spider-Man's history, while longtime fans will appreciate the nods the developers peppered in, like including multiple suits based on other incarnations of the web slinger.

In the past, it was common for a high-profile movie to receive a video game tie-in.  The most well-known example is E.T. for Atari 2600.  Developed in five and a half weeks by Howard Scott Warshaw, Atari anticipated it to be a holiday hit.  While it sold 1.5 million copies, it didn't do as well as Atari hoped.  E.T.'s financial failure, combined with declining sales in general, led to the video game crash of 1983.

Though the industry bounced back, movie tie-in games never went away.  It reached a boiling point in the 2000's.  You had games based on the Polar Express, Charlie and the Chocolate Factory, the Incredibles, Star Wars: Revenge of the Sith, and more.  This isn't accounting for games based on already-released movies, like Fight Club and Jaws Unleashed.  There was almost a Taxi Driver game for Pete's sake! 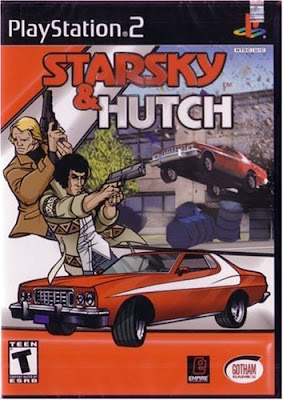 Because the world was clamoring for a "Starsky and Hutch" game.

People were burnt out, especially those making them.  In my interview with Jon Knoles, he told me about how LucasArts was founded to make games that had nothing to do with Star Wars, but after the prequels were announced, that's what the company became devoted to.  It led to a creative burnout within the company, and its something I'm sure other studios felt.  It does't help when a licensed game leads to a studio's demise.  For example, developer Eurocom being shut down after 007 Legends failed critically and commercially.

The number of licensed games decreased during the 2010's.  They were still around, but not as prevalent.  You still had duds like the PS4 Godzilla game, The Walking Dead: Survival Instinct, and American Ninja Warrior, but we also had some great ones like the Batman Arkham series, Star Wars: Jedi Fallen Order, and even Terminator Resistance.

The recent announcements got me thinking about licensed games, the troubled history, and what it takes to make a good one.  While originality trumps brand recognition any day of the week, licensed titles can be enjoyable, it just takes a little effort.

There are three rules I think game developers should follow.

1. Respect the source material...but don't be afraid to take liberties

When you're creating a product based on something people love, it's important to respect the source material.  At the same time, be creative.  Video games are about doing things you can't do in real life, so don't worry about accuracy.  If I'm playing as Godzilla, I shouldn't feel like a lumbering man in a suit slowly trudging through a set, I should feel like an unstoppable force of destruction whose fights with other monsters are spectacles of chaos and action.

Not everyone who plays a licensed game is familiar with what it's based on, so do a good job at investing players in what's going on, even if they don't know who these characters are.  I already mentioned Spider-Man, but another great example is the Batman Arkham games.  They do a great job of doing its own thing while alluding to the expanded universe. Files, audio logs, and even solving riddles help flesh out the world of the Caped Crusader.  If you don't know who the Condiment King is, at least you'll know about everyone who has been Robin.

It's the easiest rule to follow, but also the easiest to mess up.  Games succeed or fail based on how enjoyable they are.  If the story isn't interesting, the gameplay is cookie cutter, and the visuals aren't good, you're going to have a bad time.  We still haven't broken free from the licensed game curse, and by now we should have.  We have the tools, we have the talent, all that's missing is the effort.  My hope is this new console generation gives us more great licensed games than bad ones.

Posted by William Lowery at 8:34 AM