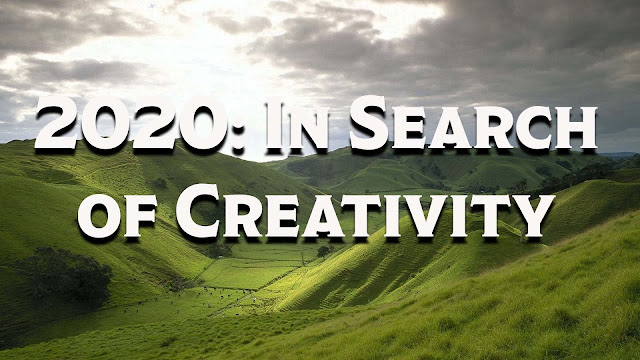 2020 was a mixed bag.  There were many good things that came from it, but also many bad things.  What should have been a milestone in my life became an ambiguous steppingstone.  It's a year which involved a lot of improvising as I sought to find solid ground.  Let's reflect on 2020 and what to expect next year.

When 2020 started, things seemed promising.  It was the five-year anniversary of GamerGuy's Reviews, the YouTube channel was gaining momentum, and I was on the road to graduation after five years of college.  I was still writing for the Student Printz, which allowed me to cover news and review games like Predator: Hunting Grounds, Terminator Resistance, and Doom Eternal.  Everything seemed well, until COVID hit.  I and many others were unprepared for what would unfold.

When March rolled in, so did COVID.  As cases rose, schools and colleges across the county closed down, including ours.  This threw me for a loop.  I had planned out what I was going to do post-graduation, but it became irrelevant when places closed and classes switched to online only.  I closed the chapter of my life in college not with a bang, but a fizzle.  Afterwards, I spent the summer thinking about what to do next, trying all viable options.

While I remained positive, deep down I was uncertain, and that uncertainty demotivated me from wanting to write or edit.  However, when I mustered the energy, the results were great.  2020 was lite on written content, but what was there was quite good.  Highlights included my first import review, where I covered the first two Earth Defense Force games for the PS2, as well as reviewing new releases like SpongeBob: Battle for Bikini Bottom Rehydrated and Destroy All Humans.  This isn't accounting for the games I reviewed for the Student Printz and Cubed3.  That's right, I'm back to writing for the video game website, but now I'm an editor, meaning I have more responsibility versus when I was a contributing writer.

I also collaborated a lot.  I did my first video review covering the sixth-generation Godzilla games with YouTuber DarkLordJadow1.  It was a fun project and gave me a taste of what I'm capable of as a video creator.  I made multiple appearances on the Revival House podcast channel, doing things like commentaries for RoboCop and its sequel, as well as a discussion on The Thing films and video game.  I started a new show on their network called The Game Slice.  The show is on hiatus but will be back next year.

This was also the year of interviews.  In July, I interviewed the YouTuber GamerThumbTV for my channel.  Looking back, there are two things I wished I had done.  The first was transcribe the interview and release it in both print and audio form.  Second, I wished I had trimmed out a little more of the extra material I had left in the video.  Remember, the first cut is never the final cut.  Still, I enjoyed doing the interview and hope to collaborate with him on a future project.

This highlights how for every good thing that happened, there was just as much bad.  It was a year of missed opportunities.  Nearly all the reviews I planned were scrapped because of COVID and a lack of motivation.  The challenge to be creative led to one-off ideas like trying to go full-time as a content creator or write news articles.  One of the biggest missed opportunities was the result of my mishandling.

At the beginning of the year, I reached out to Rob Boor, creator of the channel Cinematic Venom.  Rob did movie reviews and since 2017 had been doing a series called the "Venomonth of Horrors," where he reviewed horror movies throughout October.  He had tweeted he was looking for collaborators for this year's special, so I contacted him.  We had some discussions before landing on Return to Oz as the movie to review.  Things seemed great, until I gave him the runaround about when I would watch the movie, take notes, etc.  I was busy finishing college, so I saw that as the priority and not the video.

Towards May, we finally settled upon a date to shoot the video, but the morning of the shoot, I had to run an errand.  This was the straw that broke Rob's back, and he refused to shoot the video.  A month later, I e-mailed him, apologizing for my behavior, but never heard back.  Rob, if you happen upon this, I'm sorry for my behavior.  My naivety led me to push the video aside in favor of other things, which was a mistake.  You're a talented individual whose work I admire, and I wish you the best of luck on your future endeavors.

I faced a lot of hurdles, but I didn't give up.  With 2021 on the horizon, it's time to throw away the old self, learn from my mistakes, and re-emerge as a determined individual.  I want 2021 to be the year where I right the wrong and accomplish my plans.

Reviews will be back in full force.  Starting January 15, GamerGuy's Reviews is back in action.  New reviews go up every Friday, and the focus will be on games and games only.  Doing movie and anime reviews was fun, but the name of the website is GamerGuy's Reviews, not EntertainmentGuy Reviews.  Reviews will go up on both the website and YouTube as video reviews.  Since November, I have been researching and figuring out what equipment I'll need.  Now that I have a job, I'll be saving up for equipment like a new computer, a clip-on mic, and a proper lighting system.  Expect to see the first video reviews in either February or March.  Updates and a channel trailer will be posted in the near future.

There will be other interviews as well.  I have a list of people I want to potentially interview, not just people who make videos like James Rolfe, but folks in the gaming industry, people like Warren Spector or Tim Willits.  These are lofty goals, but they are possible.

2020 was like getting stuck on a rollercoaster.  It starts out fun, but the never-ending loops, twists, and turns make you wonder if they will ever fix the ride.  As we cross into 2021, my goal is to make it a great year, no matter what.  I have untapped potential that has yet to be realized, and if I don't do anything, then it's all for nothing.  I'm out of college, and now is time to get busy living, or busy doing nothing.

I choose the former.

Posted by William Lowery at 1:22 PM