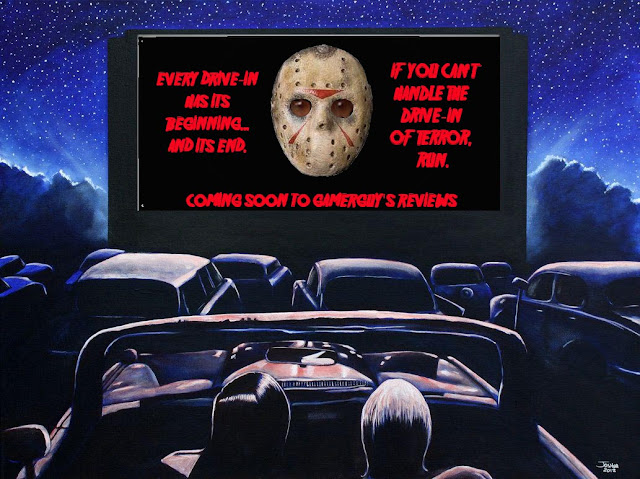 Every drive-in has its beginning...and its end.  For three years, the owner of the Drive-In of Terror has tried to instill fear into the internet.  A lot has tried to stop him, from schedule delays to cancelled reviews, but no matter what, he keeps on going.

He's fueled by one thing and one thing only: a desire to cover all things horror.  October, the month of Halloween, the month of Samhain, when the damned spirits and crazed maniacs get their chance to let loose and create terror.  Madman William doesn't want to sit on the wayside while the others get to have fun; no, he's gotta join in as well.

Tune in next month for a smorgasbord of horror content, including game reviews, movie reviews, TV show reviews, commentaries, and a countdown of Madman William's favorite horror films.  The Drive-In of Terror never dies, and though it might be the final chapter, like all good slashers, he'll come back for more! 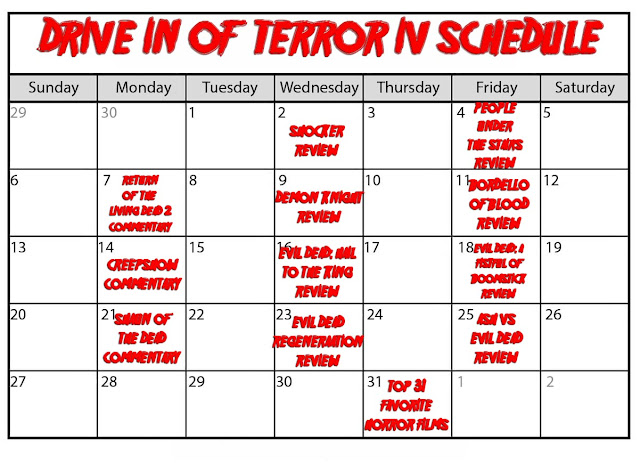 Posted by William Lowery at 5:14 PM