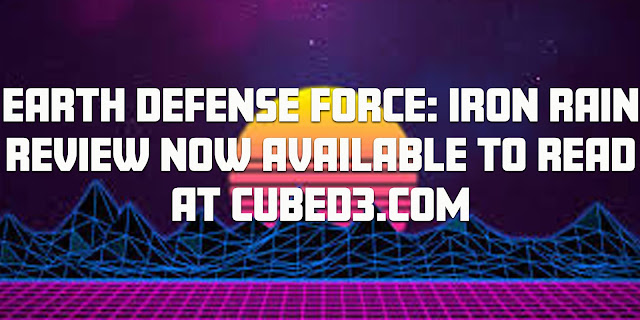 Special news bulletin from GamerGuy's Reviews HQ.  On April 11, 2019, Earth Defense Force: Iron Rain, a new spin-off in the EDF series, released on the PlayStation 4.  I was lucky enough to get review code courtesy of Cubed3, and after some waiting, my review is now up to read on their website.

READ ON TO FIND OUT MORE: http://www.cubed3.com/review/5487/1/earth-defence-force-iron-rain-playstation-4.html
Posted by William Lowery at 10:42 AM