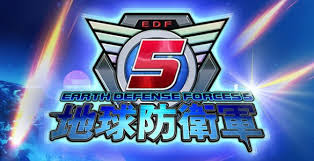 In the annals of gaming history, they say the greatest franchises are either Mario, Zelda, or Bubsy, they are wrong.  Since 2003, the Earth Defense Force series has entertained gamers through its ludicrous action, high enemy count, and enormous roster of weapons and missions.  It's quite possibly the greatest game series known to mankind since it delivers on it's namesake and never disappoints.  Aside from Earth Defense Force: Insect Armageddon, all of the other titles are a blast to play, and Earth Defense Force 5 is no exception.

In this review, available to read at Cubed3, I review the fifth mainline entry in the series.  With over 110 missions, four character classes, and an never-ending army of space creatures to kill, Earth Defense Force 5 lives up to previous installments, but does enough to the existing formula to keep things fresh.

Read more in the review: http://www.cubed3.com/review/5278/1/earth-defense-force-5-playstation-4.html
Posted by William Lowery at 7:43 PM 1 comment: 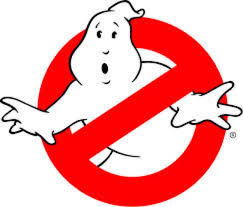 If there's an announcement for a new Ghostbusters movie, who are you gonna call?

On January 15, 2019, Sony Pictures announced Jason Reitman, son of filmmaker Ivan Reitman, would be co-writing and directing a new film set in the original Ghostbusters universe.  The day after, a teaser premiered on the Internet.

1984's Ghostbusters is one of the greatest movies ever made, period.  It's a perfect blend of comedy and scares.  With a great cast, memorable dialogue, and iconic imagery, Ghostbusters is a bona-fide classic.  Five years later, Ghostbusters 2 was released.  Though not as powerful as the original, it's still a solid follow-up.  After Ghostbusters 2 came out, audiences expected to see a third entry further continuing the adventures of Ray Stantz, Peter Venkman, Egon Spengler, and Winston Zeddemore, but it wasn't the case.  For decades, there were many rumors and false starts, much of it stemming from the reluctance of actor Bill Murray, who played Peter Venkman.

The closest we got to a third Ghostbusters film came in the form of Ghostbusters: The Video Game, released in 2009.  Unfortunately, after the passing of writer/actor Harold Ramis in 2014, the opportunity of seeing the original team onscreen for a third time was shuttered.  Not helping matters was a reboot released in 2016 and directed by Paul Feig.  From the day of its announcement to its release, nobody, and I mean nobody, was excited this cinematic classic was being remade.  The bad press resulted in a less-than-stellar performance at the box office, and because of this, the future of Ghostbusters was up in the air.

This announcement is a bit of a surprise, especially since there was a teaser to go along with it as well.  Though very brief, the trailer lets the viewer know this will be set in the same world as the original.  As Elmer Bernstein's score from the first one kicks in, the camera dollies into a barn, where underneath a large sheet is the Ecto 1, in rusty condition, followed by a date of "Summer 2020."

Little to nothing is known about the plot or if any of the original actors will return.  Many people are speculating the film is going to be a bout a new team of Ghostbusters, and the old members will pass on the torch and act as mentors, which makes sense.  The idea had already been explored in the cartoon Extreme Ghostbusters, so doing that premise in film form makes sense.  Obviously, Harold Ramis won't star in it because he's dead, but whether or not Bill Murray will appear is unknown.  HE was the reason why Ghostbusters 3 was never made at an earlier point in time, but it seems like this project has been worked on in secrecy, so only time will tell.

Right now, I'm cautiously optimistic.  I'm glad we're getting a proper continuation of the original movies, but after the misfire that was the 2016 reboot, I'm a little skeptical.  I understand the co-writer and director, Jason Reitman, is a talented filmmaker and has made quality pictures including Juno and Thank You for Not Smoking, so I hope he brings justice to the Ghostbusters property and gives us a film that satisfies the yearning for the return of one of cinema's greatest films.

One other thing, don't be lazy and call it Ghostbusters.

ARTICLE :https://ew.com/movies/2019/01/15/new-ghostbusters-movie-jason-reitman/
Posted by William Lowery at 2:14 PM No comments: