Coming Soon to a Screen Near You 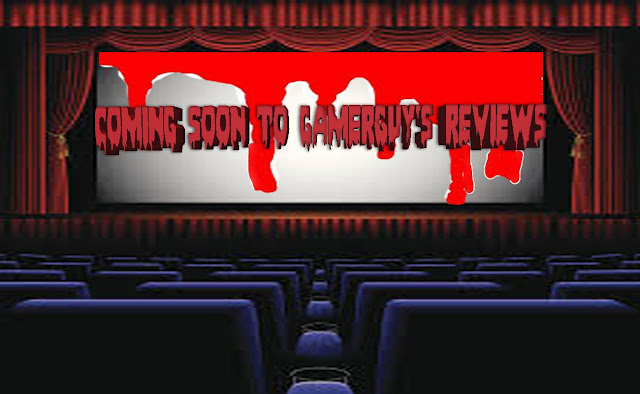 They say he can't be killed.  No matter how hard they try, he finds a way to come back.  Time and time again, whenever it seems like writer's block or fatigue from the real-world sets end him once and for all, he shows them that he's not finished.  Reviewing games and movies is a dirty job, and someone's got to do it.

Welcome to Drive-In of Terror 3: Dream Warriors, hosted by the macabre maniac himself, William Lowery.  Join me this October for back-to-back reviews of horror movies and games.  This year's grisly selection of films will focus on the one of the icons of horror, John Carpenter.  We'll take a ride in Christine to go get some Silver Shamrock masks, take a blood test to see if I'm a Thing, and avoid the fog while doing so.  Plus, we've got games to chill you to the bone, including a video-game sequel to The Thing, two Resident Evil titles, and Dead Rising 4: Frank's Big Package.

In addition to a dose of terror every Wednesday and Friday in October, you can also expect two VHS Revival-exclusive reviews during the month of frights, as well as an interview with Lee McCoy, creator of the Youtube horror channel Drumdums.

So, sit back, grab a Dr. Pepper for the late Tobe Hooper, and grow a mustache like Tom Atkins as we prepare ourselves for Drive-In of Terror 3: Dream Warriors!

IF YOU THINK YOU'LL GET OUT ALIVE, YOU MUST BE DREAMING!!!
Posted by William Lowery at 9:07 AM