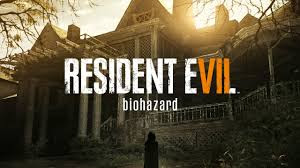 In 1996, a genre that had received minor attention in the past became widely known by gamers when Resident Evil released for the PlayStation One, and that genre was survival horror.  Rather than focus on mowing down every single bad guy in sight, the focus of the survival horror genre lied within that word, survival.  Ammo and health were at a premium, and in many cases, it was best to avoid combat and focus on exploring your surroundings to look for keys and solve puzzles necessary for progression.  For a time, Resident Evil was the king of the genre, but things changed in 2005 with the release of Resident Evil 4, which brought action into the mix and shifted the perspective from fixed camera angles to an over-the-shoulder, third-person experience.

Fortunately, it retained many elements that made the previous games great, and its impact on the gaming industry is prevalent in many of today's third-person shooting titles.  Unfortunately, the next installments, Resident Evil 5 and Resident Evil 6, shifted away from scares and leaned more towards spectacle, with over-the-top set-pieces, exaggerated monsters, and protagonists so buff, they could punch boulders with their bare fists.  The future of the franchise was unclear after those two games, but in 2017, developer and publisher Capcom surprised everyone wit Resident Evil VII: Biohazard, a title that not only went back to basics, but still managed to shake the formula up via a new, first-person perspective.

Instead of focusing on the continuing adventures of series mainstays like Chris Redfield, Jill Valentine, or Leon S. Kennedy, the story follows Ethan Winters.  For the past three years, his wife Mia has been missing ever since she went out of town for business purposes.  One day, Ethan receives a video message from her, telling him to come find her.  He tracks her down to an abandoned house in a remote part of Louisiana, and though he does find Mia, Ethan also gets captured by a deranged family known as the Bakers, consisting of Jack, Marguerite, Lucas, and Zoe.  He's tied down and forced to eat disgusting food, but when a cop shows up and they split, Ethan takes the opportunity and frees himself.  With outside assistance from the daughter, Zoe, Ethan must save his wife Mia, find a way out of the Baker residence, and figure out what's going on. 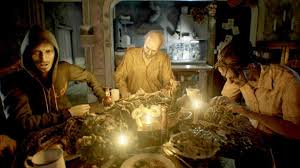 It becomes apparent from the opening title screen that this is a different kind of Resident Evil.  Though there is the terror of having a psychopathic family and disgusting monsters to contend with, there's also an underlying sense of uneasiness that permeates itself into the dingy setting.  Jump scares are plentiful, such as one moment where the father, Jack Baker, bursts through a wall to try and catch Ethan, but the lack of music throughout much of the game, combined with the dilapidated conditions of many of the locales, instills inside the player the feeling that they're being watched by someone or something.

The story and direction of the game takes much inspiration from a multitude of American horror films including The Texas Chainsaw Massacre, Saw, and even the Evil Dead films via a few visual and audio references to that series.  The influence of The Texas Chainsaw can especially be seen in the Baker family, whose run-down house, Southern accents, and gruesome actions call to mind the Sawyer family from Tobe Hooper's classic  Despite sounding like it's striving to be a more realistic experience, this is still Resident Evil in more ways than one.  There are unusual monsters called the Molded that populate many of the locales, and as the game progresses, the reasons behind these creatures and the strange powers the family has are revealed to be the result of a corporation trying to weaponize an unusual being.  Plus, a certain individual from past games shows up in the final cutscene, yet who this person is I will not mention.

Eschewing the focus on action found in recent entries, Resident Evil VII: Biohazard goes back to survival horror, and is more the better because of it.  Ammo and inventory space are limited, and a larger focus is put on looking for keys and solving puzzles that will inch Ethan one step closer to freedom.  Along the way, the Bakers and the vicious Molded will try to halt his progress any way they can.  Besides the shift in gameplay style, the game is played from a first-person perspective, and the switch works since his movement and speed aren't as swift as characters in other first-person games, almost akin to the tank-like movement found in the the first three entries. 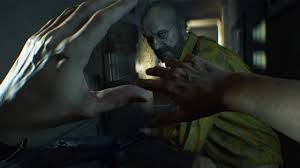 To assist Ethan, there are weapons he can acquire, including a handgun, shotgun, and an assault rifle late in the campaign.  As stated prior, though, ammo is at a premium, so when fighting the Molded, aim for the head, and if necessary, use the knife in close encounters.  Also, take advantage of blocking to reduce damage from enemy attacks.  However, the Bakers are a different story.  Each family member has their own methods and abilities they use to try and take Ethan down.  Jack chases after Ethan with a giant axe, Marguerite, his wife, can summon swarms of insects with her lantern, and Lucas, the son, relies on traps and puzzle rooms that kill their victim when solved correctly.  When it comes to Jack and Marguerite, the best you can do is sneak around them since taking them head-on is suicide, and when you are discovered, run.  Unfortunately, Lucas is never confronted due to reasons that are best left unexplained.

To better even the odds, it pays to explore the locales, as health, ammo, and other items are hidden across the Baker estate, along with a host of collectibles.  There's chemical fluid that can be fused with gunpowder or herbs to create bullets and healing liquid, as well as a stronger chemical to create powerful variations.  Additionally, searching around will also net Ethan old coins that can be put into special bird cages to unlock access to steroids, which increase his health, a stabilizer that can decrease reloading time, and a state-of-the-art magnum that is rare on ammunition.  The most interesting collectible, though, are the VHS tapes.  When put into a VCR, this shifts the perspective to one of the previous victims trapped at the Baker estate, and though they are optional, playing through them will help prepare yourself for what is to come in the campaign.

Although Resident Evil VII's combat and exploration are nail-biting and rewarding, the puzzles leave a little to be desired.  Often, it's a matter of finding an item and putting it in the right spot, or manipulating an object so that its shadow matches the figure of a painting, which opens a passageway when done right.  They're not bad, they're just lacking that extra kick the rest of the gameplay has, yet the best one is a scenario where stealing a shotgun from a statue closes the door behind you, but by finding a broken shotgun elsewhere, it can be replaced and voila, Ethan has a new boomstick.  Even better, there's a way to acquire the broken one, fix it, and receive a stronger shotgun for your hard work. 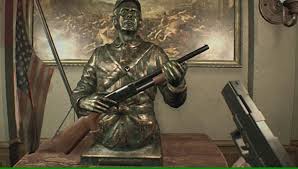 Resident Evil VII's creepy, atmospheric visual design does much to draw you into the dilapidated house and other locations that encompass the game.  Sound is solid, featuring good performances from the cast, except for Ethan, whose monotone voice feels out of place in context of many of the situations he finds himself in, and the music gets the job done, but doesn't stand out.

Scary, tense, and fun, Resident Evil VII: Biohazard puts the series back on track through challenging but immensely enjoyable survival horror gameplay that is enhanced via the new point-of-view.  Some elements leave a little to be desired, but this is a great entry that shows the series is still alive and kicking, and that it has a few tricks left up its sleeve.