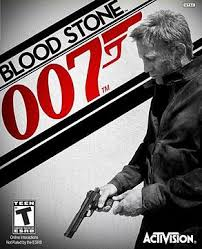 It's no secret that when it comes to video games, the James Bond franchise has had much success in bringing the titular secret agent to a medium in which people can play as him, and not just watch the character.  Additionally, this also allows developers and publishers to create brand-new stories for Bond to partake in, instead of just remaking the films he has starred in.  During the PS2/Xbox/Gamecube era, most of the games, save for 2005's Goldeneye: Rogue Agent and From Russia with Love, offered up original plots in which Bond confronted villains with evil schemes involving cloning, space-age weaponry, or nanobots capable of chewing through structures.  Once the new generation of consoles rolled onto the scene, though, 75% of the games that came out during that time were retellings of films that either featured or didn't feature the current Bond actor Daniel Craig, save for one.

After thwarting a terrorist incident in Greece, James Bond is put on another assignment by MI6 when a scientist presumed to be dead is found alive and being held hostage at a construction site in Istanbul.  Unfortunately, the researcher dies once Bond reaches him, but he finds an encrypted USB drive and after learning about a man named Pomerov from the person responsible for the scientist's captivity, James Bond sets off for Monaco in search of more answers.  He meets up with an agent of MI6 named Nicole Hunter, and through their efforts, they discover that Pomerov is manufacturing bio-weapons in Siberia, and he hired the scientist to develop a cure for his men once he unleashed the bio-weapons on a target of his choice.  Knowing this, the two set out for Siberia with the intent of stopping both the manufacturing of this terrible device and Pomerov himself.

Though it has all the necessary elements for a compelling plot, Blood Stone never takes the time to fully develop any of its story ideas.  There are big set-piece moments, exotic locales, and cut-scenes boasting top-notch production values, but the story holding it all together is aimless and basic.  The simplistic nature of events and lack of proper motivation for the villain means that the stakes lack the impact that they should, and making things worse is that even after the main antagonist is dispatched, there are at least two more bad-guys that show up whose relevance to the narrative feels more like an afterthought.  Not only that, but the game ends abruptly on a cliffhanger hinting at an organization that was pulling the strings to this scheme this whole time; sadly, the plot never received proper continuation since the developer, Bizarre Creations, was closed after Blood Stone's release, and publisher Activision no longer holds the license. 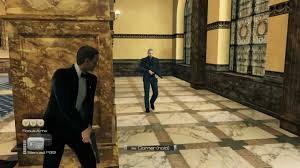 As for the gameplay, Blood Stone has its moments and you can see its potential in these parts, but the by-the-numbers nature and lack of creativity hold it back considerably.  This is a third-person-shooter/stealth game that can be best described as a store-brand, diet version of Splinter Cell: Blacklist.  Each level features a multitude of areas that allow Bond to either use stealth or noisy tactics when confronting enemies.  Foes have a detection system reminiscent of Splinter Cell and Far Cry, and it's best to sneak around and use silenced weapons and attacks as Bond is a glass cannon.  Knocking out bad guys or using melee combat awards the player with a focus shot, up to three of which can be acquired.  This acts in similar function to the Mark-and-Execute system from Blacklist, and is just as satisfying.

Yet, as you progress through the five-to-six-hour campaign, you begin to realize that a lot more could have been done to flesh out the gameplay beyond this set-up.  What would have helped Blood Stone out the most is an upgrade system in which Bond could modify firearms and acquire more health to increase his resistance to damage.  The firearm attachments would be especially beneficial to the gunplay since it lacks impact and suffers from a small roster of foes to fight.  There are only three different enemy types and thus, the cover-based shooting starts to grow monotonous after some time. 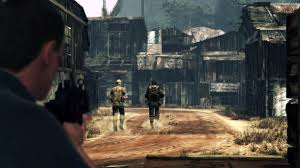 Besides stealth and shooting, there are the occasional sections where Bond drives a car, be it an Aston Martin, a Ferrari, or a tow truck, in pursuit of a target.  Unfortunately, like the shooting, this is an aspect that could have benefitted from improvement as well.  The biggest issue with these parts are their linear nature, since the designs of these sections just funnel you from one location to the next.  If you avoid the debris and traffic, you'll do just fine in these parts.  However, the cars lack proper weight and feel floaty, which makes them a hassle to drive.

Visually, Blood Stone features some impressive environmental designs that have a large sense of scale to them and are gorgeous to look at.  Character models also look good, but some, particularly the ones for Bond, M, and leading lady Nicole Hunter, look rough around the edges and often express as much emotion as puppets in a puppet show.  Fortunately, such technical quirks aren't prevalent with the well-done audio, which features good performances from Daniel Craig and Judi Dench, among others, in addition to a great soundtrack.

Blood Stone isn't necessarily a bad game, but out of all the Craig-era Bond games, this one, along with 007 Legends, has the most wasted potential.  The plot is a middling mess and what the gameplay offers, mechanically speaking, is stuff that has been done much better in other titles of similar nature, including 2004's Everything or Nothing.  In short, it's a product that's derivative in many regards, and is the equivalent of being a waiter who accidentally spills a shaken-not-stirred martini into the face of an iconic secret agent.