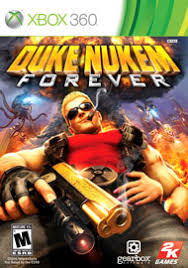 (WARNING: THIS REVIEW DISCUSSES SOME SUGGESTIVE AND DISTURBING MATERIAL THAT IS NOT APPROPRIATE FOR ALL AGES)

It's always a difficult task to create a follow-up worthy of the pedigree the prior title acquired through its success, but what should matter most for the writers, directors, or developers of any work is creating a product that can still be considered solid.  Yet, the tumultuous development history of Duke Nukem Forever is representative of a company that was over-ambitious and in over their head.  George Broussard, head of 3D Realms, thought his studio could create a game that would not only surpass Duke Nukem 3D, but also every other major FPS title that was out at the time.  With such a lofty mindset, development of the game commenced in 1996.

Unfortunately, the trials and tribulations of the studio went on too long, and their ultimate game became an industry joke.  In 2009, 3D Realms filed for bankruptcy, putting the final nail in Forever's coffin, but not long after, Gearbox Software, which was co-founded by Randy Pitchford, a former staff member of 3D Realms, swept in and took control of the project, finally releasing the title in 2011.  Sadly, what they did save was a bizarre, Frankenstein monster of various concepts and mechanics stitched together by 3D Realms without any sort of coherence, resulting in a train wreck of a game.

In the years following Duke Nukem 3D, Duke Nukem has established himself as an international success.  He's opened a casino in Las Vegas called The Lady Killer, has expanded his chain of Duke Burger restaurants, opened a strip club, and when the game begins, he's scheduled to make an appearance on a late-night talk show.  The promise of appearing on national TV is cut short when the aliens from the last game appear and start to attack Vegas, and in the process, abduct women with the intent of using them as hosts for their species.  With the help of the Earth Defense Force (thankfully, not that one), he intends to stop them once again, but the President believes that he can straighten things out, and if Duke intervenes, the situation might just escalate even further.

Plodding, boring, and humorless; Duke Nukem Forever squanders any potential for an interesting plot by re-using the same set-up of Duke Nukem 3D and stretching it thin as much as possible.  The twists can be seen from a mile away, and they are made worse by the writing.  Featuring a plethora of outdated jokes and references to events and people such as the Olsen twins, Christian Bale's infamous verbal rant, and "Pork-chop sandwiches" from the re-dubbed G.I. Joe PSA's, the game thinks it's being funny by poking fun at such things, but it isn't.  The humor is juvenile, but not in a comedic way, and in certain circumstances, it can be hypocritical.  For example, after meeting up with a squad of EDF soldiers outside his casino, one of the men tells Duke that they have armor for him.  Said armor is Master Chief's get-up from the Halo series, and when he sees it, Duke says, "Power armor is for pussies."  It's mildly amusing, but when you consider that his health system functions the same as the one in Halo, the joke loses its impact tremendously. 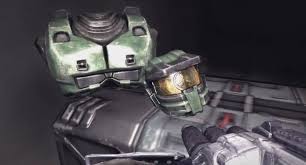 In addition to those moments and loads of pitiful toilet and sexual humor, Duke Nukem has been turned from a fun spoof of '80's and '90's action heroes into a proverbial Rip Van Winkle, a man who lives in a modern world, yet acts like he still did in 1996.  It doesn't sound bad, but his core dialogue is comprised of nothing but quips, which he only says when the moment calls for it.  The result is that for much the people of this in-game world praise Duke, his silent nature would make you think otherwise.  Worst of all, his lack of involvement or any sort of emotional regard for what's going on is most prevalent in a rather controversial level.

For those unfamiliar, in the previous game, there were many hives with eggs strewn about and women held captive.  All it did was show why the aliens were abducting them, without being entirely explicit.  In Duke Nukem Forever, this idea has been taken to the extreme in a level that is a complete 720 from what has happened prior and later in regards to both tone and relevance to the plot.  It's serious and grim, with Duke coming across clusters of women implied to have been raped in addition to being used as hosts.  What's even worse is Duke Nukem's lack of empathy towards the whole thing.  He rarely utters a word, save for the occasional remark about how the aliens are maniacs for doing this as he mercy-kills them.  As such, Duke, the symbol of manliness and an icon of badassery, becomes an emotionless psychopath for this one part.

However, the biggest slap in the face of this whole ordeal is how in some areas, you can come across wall-boobs, you heard that right, that can be slapped, the first time of which increases Duke's health.  Worse, he will crack a joke every single time this is done.  In fact, the entire section is akin to taking five minutes of a torture scene from one of the Saw movies and inserting it halfway into an Adam Sandler flick the audience is watching.  There's bad taste, and there's being tasteless, within the span of one level that takes around thirty minutes to complete, it crosses both of those lines and turns an icon into an irredeemable jackass.

Much like the story and writing, the gameplay is outdated in every regard, as it's an awkward mash of modern, old-school, and novelty gameplay mechanics rolled into a half-baked experience.  First off, the good.  The ten-hour campaign is varied, featuring shooting, light-puzzle solving, platforming, and driving, so the experience isn't entirely formulaic.  While some elements leave a lot to be desired, other aspects, such as the platforming and driving, are decent and fun to partake in.  Another solid, albeit flawed concept, is Duke's health system; as mentioned before, it is regenerative, but the size of the health bar can be increased by interacting with the environment and doing things such as flipping light switches or winning a game of pool; sadly, this is where the positives end. 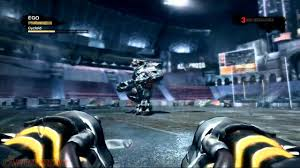 Combat, an area that Duke Nukem 3D excelled in, is clunky and soulless thanks to several poor design choices.  Instead of carrying an ever-increasing arsenal of guns, Duke can only wield two weapons at a time, but the selection is limited and generic, consisting of genre mainstays such as a pistol, shotgun, machine-gun, and explosive weaponry such as rocket launchers and pipe-bombs.  The player does occasionally wield an inventive weapon such as the freeze or shrink ray, but these opportunities are few and far between.  Not only that, but they also lack impact due to weak audio and pitiful visuals that make it hard to tell whether the bullets are making contact or not.

Like the firearms, the enemy roster is also limited in scope, featuring returning foes such as the pic-cops, octabrains, alien soldiers, and flying foes that shoot rockets.  Since all guns deal the same amount of damage, the aliens and other nasties do not have a weakness to certain weapons, unlike in the prior game.  The only time you'll have to consider saving a certain gun is in the boss fights, as they can only be damaged with explosives.  However, the erratic pacing of the campaign never properly balances time between fighting aliens and the other 75% of the game: interactivity.

This is a game enamored with such an idea, as there are large sections of the story in which the player wanders around the surroundings, be it the casino, a strip club, or the Hoover dam, until the next major area is reached.  In this time, you are encouraged to interact with what you see, which as explained earlier, increases Duke's overall health.  Yet, this destroys the flow of the campaign, especially in the first act, where for the first thirty minutes, save for the first introduction, all Duke does is walk, and walk, and walk.  The erratic nature continues throughout, but once you reach the Duke Burger level and subsequent desert stage, a proper sense of balance is achieved in these parts.  However, just when things seem like they're picking up, the experience derails again once the dam is reached. 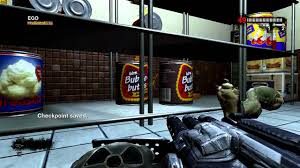 Visually, Duke Nukem Forever clearly looks like a game that spent fifteen years in development, and that's not a good thing.  Textures are ugly and low-res, featuring frequent pop-in, multiple glitches, and a jittery framerate.  Not only that, but character models move and talk like old, malfunctioning animatronics, especially the strippers and their stiffly-animated dances, resulting in a sight that's both laughable and horrific.  Audio doesn't fare much better; guns sound weak and at time, music doesn't play when it should, resulting in an eerie silence during most sections of the game.  Voice-acting is equally terrible, and while Jon St. John is clearly giving his all, his performance is diluted by the poor writing and lame jokes.

Despite spending fifteen years languishing in development hell, Duke Nukem Forever feels like it was made in fifteen weeks due to its weak storytelling, gameplay, and design.  It's a game with an identity crisis, since it can't decide whether it wants to be a shooter or an interactive simulator, resulting in unnecessary stop-gaps throughout.  The game is terrible, but for those who have followed the game's problematic development, it's a fascinating work to dissect and analyze to see what went wrong.  For everyone else, it's best to bury the surviving copies next to E.T's remains.