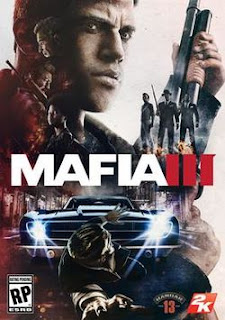 The 1960's were a turbulent time for the United States.  Events during the era such as the Vietnam War, the assassination of Martin Luther King Jr., and the matter of civil rights were shifting the country into an unknown direction.  Amidst this backdrop is the story of a man seeking revenge on those who wronged him, all the while gradually turning his hometown into a criminal empire.  As the third game in the long-running series, and the firs to be developed by a different studio other than 2K Czech, Mafia III takes players to a period not commonly explored in video games, and in turn, creates a unique, if flawed, experience.

Set towards the tail-end of the 1960's, the game follows Lincoln Clay, a man who has recently returned to his hometown of New Bordeaux after spending a few years participating in the Vietnam War.  He returns to his adoptive family only to discover that his adoptive father, Sammy Robinson, has been engaged in a feud with the Haitian mafia; thus, the man owes a debt to Sal Marcano, head of the Marcano crime family.  With the help of his surrogate brother, Ellis, Clay eliminates the head of the Haitian mafia and then learns that Marcano is willing to help Sammy pay off his debts if Clay assists his son in a robbery on the union depository.  The heist is pulled off with success, but Sal double-crosses Sammy, killing him, Ellis, and leaving Lincoln Clay for dead.

After being rescued by the local preacher, Clay decides that he is going to enact revenge on the crime lord by dismantling and wrecking everything that man runs in New Bordeaux.  With the help of his friend/CIA operative, John Donovan, Clay will track down and eliminate the heads of every operation; along the way, he receives assistance from the leaders of the Irish, Italian, and reformed Haitian mafia, each of whom holds a grudge against Marcano for their own reasons. 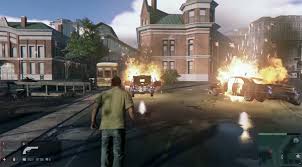 Though the revenge plot-line is a conventional set-up, Mafia III's story should be applauded for how it portrays many controversial topics within its setting, and handling them in a way that is mature and sensible.  As this takes place at the height of the Civil Rights movement, the subject of racism is weaved in and out of the narrative and extends its impact on gameplay too.  Lincoln Clay is a mixed-race African America, and everybody, including Clay himself, uses racial slurs as casual terms when referring to different groups, but it never comes off as forced and feels natural, given the setting.  Meanwhile, who he is affects certain areas of the gameplay.  For example, if he steps into a building that only allows white people, the owner will call the cops, and how it long it takes for the police to arrive can vary depending on what part of town Clay is in.

Everything else about the story is good, but some aspects, particularly the secondary cast, are lacking.  The most impressive part of the tale is how it's presented; the events are shown in the style of a documentary, with cut-scenes that frequently shift between what's happening in the game to interviews with those who knew Lincoln Clay in which they reflect on what he left behind in his trail of vengeance.  Everybody that knew him treats the man as a mythical figure, given how no one knows what his current whereabouts are.  Yet, their words also reflect the man himself; he was just a person who came back home with the intent of visiting family before leaving off for bigger opportunities, but when he got involved with his surrogate father's problems, it resulted in him going down a rabbit hole that got deeper and deeper the further he tore down Marcano's operations.

Although Lincoln Clay is a great protagonist, the rest of the cast lacks that same spark; the problem lies within their numbers.  There are so many characters introduced as things progress that the game has a hard time juggling screen-time for all of them.  The result is that certain individuals are more memorable than others, particularly the likes of the preacher, Reverend James, and John Donovan, who act as the proverbial angel and devil on Lincoln's shoulder.  While the former thinks Lincoln should stop before it gets worse, the latter pushes him to carry through with his plans and make Marcano suffer, which leads to some great moments throughout the narrative. 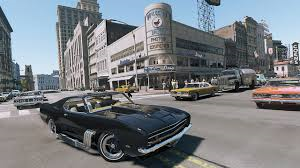 Even though the game has much going for it in regards to story, Mafia III's gameplay plays it safe, offering familiar open-world action that features some interesting concepts, but a troubled execution.  To bring down Sal Marcano's criminal empire, Lincoln Clay will free each district of New Bordeaux from his clutches by dismantling the multitude of operations that have been set up across town by his lieutenants.  By destroying them, he can lure out the lieutenant that runs it and eliminate him or her.  Afterwards, he can assign control of the district to one of his three underbosses; doing so increases the amount of money their gang earns, which can give Clay access to different benefits.  For example, helping the Irish mafia will give him the ability to have vehicles delivered to wherever he currently is, and each group also offers their own special upgrades and weapons for purchase.  The catch is that if you start to assign more districts to another boss, the other two might come after you.

On the surface, the concept sounds promising, and in the first few hours, it's quite enjoyable, but as things progress, one realizes there's not much else to this formula, and over the next twenty-plus hours, the fun turns into monotony.  For starters, what you do to dismantle the operations plays out the same in each district.  Tasks include destroying property, stealing money, and killing targets; although you can find and interrogate informants to learn of additional spots, that only lengthens how long it will take to reach the lieutenant.  Also, regardless of what the subject is, be it drugs, prostitution, or even the Ku Klux Klan, it's the same old song and dance each time.  The pay-off, however, comes in the form of taking out the boss in a set-piece mission, and though they are satisfying, that joy is diluted knowing you'll be returning to the grind once it's over. 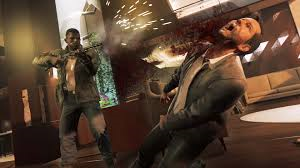 As you destroy crates and accomplish other goals, you'll have to contend with the goons protecting each racket.  Each scenario gives you the option of using stealth or shooting everything in sight; fortunately, the gunplay is solid and each shot packs a meaty punch.  Plus, Lincoln Clay can wield and select from a multitude of firearms that become more readily available as the game progresses.  Should you decide to use stealth, though, it reveals that the intelligence of your foes is not perfect.  Easy-to-memorize patterns, combined with exploitative distraction mechanics, can make combat encounters a cinch to complete.  Additionally, the selection of foes is very limited, consisting of standard thugs armed with a pistol or an automatic weapon and a heavy-set goon armed with a shotgun.

However, Mafia III's biggest problem is that the city of New Bordeaux lacks things to do.  Though intricately detailed, the only other significant tasks players can do besides causing mayhem is find collectibles or partake in side missions that become available once each boss has been helped.  Granted, there is also the option to partake in races and customize cars, both of which were added in via updates, but it isn't enough to warrant the need for gamers to explore every nook and cranny.  Finding collectibles is probably the best thing to do as the selection of items to find is varied, featuring albums, religious pamphlets, communist posters, and most importantly, Playboy magazines.

Aesthetically, the game sports an excellent visual style that succeeds at making gamers feel like they are in 1960's southern Louisiana through a strong atmosphere and detail.  Developer Hangar 13 certainly pulled out all the stops in this regard, but with the great visuals comes a host of technical problems both big and small.  While the cinematics are well-done and sport fantastic motion-capture performances, the in-game conversations suffer from stiff animations; additionally, the skies of New Bordeaux can occasionally get stuck in a bizarre state where it might be sunny, but a downpour is happening, or some other weird combination.  These pale in comparison to the multitude of bugs that periodically rear their ugly head; they can either be minor, such as people getting stuck on objects, or ridiculous, such as one scenario where after beating a critical story mission, Lincoln Clay's body became warped and stretched for no apparent reason. 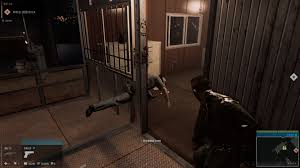 On the other hand, the audio does not have such issues, and is very good.  Sound effects for gunfire and vehicles are loud and impactful, and the voice-acting is impressive, yet the real highlight is the music.  The three radio stations that are available to listen to feature a wide selection of genres and artists, including Credence Clearwater Revival, the Rolling Stones, James Brown, Del Shannon, and more, and the licensed songs are integrated well into various moments throughout the campaign.

Mafia III is a game with much ambition, and it succeeds in regards to its story, visuals, and audio.  However, the lack of depth and variety in its gameplay prevents the title from being a great experience.  When it hits, it soars, but those hopes are diminished once you're told to go and dismantle an operation for the umpteenth time.