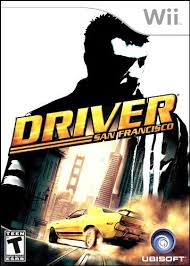 Looking back at the Nintendo Wii, one does notice that whenever a major title was ported over to the system, changes were made to the original game in some shape or form.  While the console wasn't as graphically powerful as the PlayStation 3 or the Xbox 360 and it sported a controller design that was untraditional, companies still found a way to get their games onto the little white system.  Driver: San Francisco on the Wii is an interesting case, even though it shares the same name, setting, and protagonists, the story and gameplay are a completely different beast from the Xbox 360 version.

Taking place before the first Driver, this prequel tale follows rookie officer John Tanner as he goes undercover to try and figure out who killed his partner and mentor, Alvarez.  His investigations lead him to the crime lord Solomon Caine, the man who was responsible for killing Alvarez.  Unaware of who he really is, Caine decides to recruit Tanner into his gang as a means to help him complete various jobs and assist Caine in his grand scheme, which involves provoking the rival gangs the Dogfish and the Dragon Ladies into a massive gang war that will engross San Francisco.  Meanwhile, another officer, Tobias Jones, decides to help Tanner with the investigation, which he is initially hesitant about, but the two learn to cooperate with one another.

If the story to the 360 version was best described as Quantum Leap meets Starsky and Hutch, then the Wii version's storyline is simply Starsky and Hutch, only it's a prequel showing how the two met. While not terrible, the plot is fairly standard material and as such doesn't have any moments during the campaign that stand out as memorable.  For fans of the series, it will be interesting to see Tanner and Jones work together for the first time, but for everyone else, it's something that's simply serviceable.  The one highlight of the narrative, however, is how the story is told.  Instead of focusing on one character, it all unfolds through the eyes of Jones, Tanner, and Caine, each of who has their own goals they want to accomplish, and their personalities reflect the types of missions you will accomplish during the game. 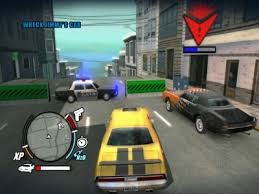 As this is a Wii title, the game does feature motion controls and utilizes a variety of different gestures, most of which are featured in missions only.  Braking and accelerating are odd, as the two functions are mapped to the c and z buttons on the nunchuck, which does feel awkward, but you do adjust to it after some time.  With the exception of one implementation, which I'll explain soon, the rest of the motion controls are fine and are fun to use.  In certain scenarios, you'll use the remote as a radar in order to find locations of interest, and in another mission, the player must put in command inputs that are given via the remote's speaker.

In terms of gameplay, Driver: San Francisco is fairly routine but nevertheless enjoyable.  As in the 360 version, you'll complete missions, both primary and side, and explore the city in order to find the many collectibles scattered around; however, you are not able to possess people for the matter of justice and mayhem, if you want to use different vehicles, you have to go to a garage and select one for use.  As stated prior, each character's personal goals reflects the missions you'll complete in the story.  Jones and Tanner's missions generally involved tailing bad guys to get more information, or finding and taking out criminals and their operations.  Meanwhile, Solomon Caine's tasks generally involve chaos and sabotage, with objectives that will see players destroying property and ticking off both the law and rival gangs.

Even though the three characters lack the ability to possess individuals, they do have access to unique abilities that are unlocked as the game progresses.  These include the ability to use nitro and slow down time in order to weave through traffic and more easily turn corners.  There's also a larger emphasis put on combat in this game via the vehicular attacks and reckless mode.  The former is done by swiping the Wii remote left, right, or forward, but it's rather frustrating to use as your swipes can easily be misinterpreted, causing your car to miss their target or run into a wall or tree.  Reckless mode allows for the usage of guns, and there is a decent assortment of weapons to choose from, including pistols, shotguns, assault rifles, and even a rocket launcher.  In fact, there are a couple of missions which are strictly on-rails, and these are quite fun and provide a break from all of the driving you'll be doing.

Speaking of which, the driving is much better when compared to the 360 version.  It's reminiscent of the PS2-era Grand Theft Auto games, as the steering and handling is loose but very responsive, yet what isn't improved and is actually worse here is the AI.  Generally, the intelligence of both friends and foes is quite incompetent.  Civilian vehicles can be annoying to get loose from if you hit one and enemies can easily get stuck on walls or jammed in traffic.  This was especially noticeable during the final mission, as Caine, while trying to evade Jones and Tanner, got knocked off road and when trying to readjust himself, kept hitting the side of a house.  The only faction that won't give you any trouble are the police, who can be quite aggressive in trying to take you down. 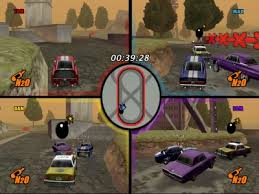 Similar to the 360 version, there is a currency system in place, only here it is traditional XP, and when enough is obtained, you earn a skill point that can be put into one of many categorical upgrades that increase the strength of vehicles, abilities, and firearms.  In addition to the single-player campaign, the game also features a slew of local multiplayer options to choose from.  At any point in the game, a second person can join in as a gunman to assist the player, and there are numerous co-operative and competitive options to choose from.  Even then, there is enough content in the main game to keep gamers occupied, and a variety of in-game achievements can be obtained for meeting certain goals.

Visually, Driver: San Francisco looks decent but lacks polish.  San Francisco is quite sizeable, given the constraints of the Wii's hardware, and the vehicles look nice and sport some nice damage modeling.  Yet, there are noticeable problems; to being with, there are no people present on the streets whatsoever, in spite of all the cars driving around.  This does make the city feel barren, but what's more frustrating is that whenever a character meets up with another to engage in conversation, not a single soul is present.  The developers try to hide this by constantly shifting the camera around a' la Destroy All Humans: Big Willy Unleashed, but is just comes off as laziness.  Fortunately, the story cut-scenes are designed well, as they are presented in the form of comic book panels.  The voice acting is cheesy, really cheesy, as many characters often speak in ridiculous accents or spout off hokey dialogue.  Given how the game is trying to emulate old '70's and '80's cop shows and low budget crime flicks, it does to a certain degree fit the tone of the title.  The music, however, is disappointing, as its soundtrack consists largely of songs from the 360 version, both composed and licensed.

For all of its faults, Driver: San Francisco on the Wii is still an enjoyable time.  Though the story is not as strong here and the gameplay not as creative, it is still solid and offers plenty of fun entertainment.  The Wii may have never received a Grand Theft Auto game on that system, but this is the closest approximation of the series gamers can experience on this console.