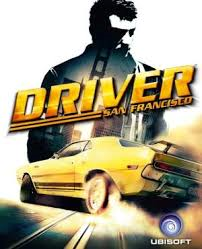 Whenever someone takes an idea that no one else would try and ends up being successful because of it, others will try to emulate what that person did, with varying degrees of success.  For instance, with the huge popularity of the Marvel Cinematic Universe, D.C. Comics has now realized that they should try the same set-up with their line-up of superheroes, hence why Batman v. Superman: Dawn of Justice not only pitted the world's greatest heroes against each other, but it also acted as a set-up for the forthcoming Justice League movie, which in turn, will lead to multiple superhero movies that will all tie together in one unified world.  The video game industry is one with multiple publishers and developers that have tried to emulate the success one company got with their title.

Depending on the era, companies have created games within a genre that was currently popular at the time with the hopes it could be a huge hit.  In the '90's, the likes of Bubsy, Croc, and Awesome Possum were created after developers noticed how popular Sonic the Hedgehog and Super Mario were.  The 2000's were all about open-world mayhem, after the success of Grand Theft Auto III, many titles were created in its aftermath to satisfy player's needs of wide-open carnage.  Yet, not all were successful, such was the case with the Driver series.  After struggling to keep the series relevant through the unfinished disappointment Driver 3 and the slightly-better-but-still-average Driver: Parallel Lines, developer Reflections went back to the drawing board and in 2011, delivered a title that reinvigorated the franchise by giving gamers an out of body experience.

Set after the events of Driver 3, the story follows officers John Tanner and Tobias Jones, who are going about their normal police routine when they get a call that a convoy carrying notorious criminal Charles Jericho has been hijacked by none other than Jericho himself.  As the duo try to apprehend the man, their car is involved in a terrible accident that results in Tanner going into a coma.  Within his mind, Tanner learns he has the ability to possess anybody out driving on the streets of San Francisco, unaware that in the real-world, he is unconscious and on the verge of death.  With his new powers, Tanner delivers justice and helps those in need, all while figuring out what Charles Jericho has planned for the city. 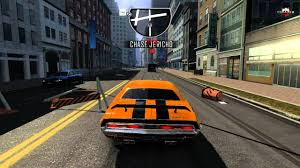 Driver: San Francisco's story can be best described as Quantum Leap meets Starsky and Hutch.  Though laden with much drama, the writers know that the idea of being able to possess drivers for a good cause is one that shouldn't be taken too seriously.  During gameplay and the story, Tanner often finds himself in the driver's seat with someone else, since they don't know that their friend has just been possessed by a comatose man, it leads to a lot of hilarious back-and-forth banter between the two individuals.  While the writing keeps events entertaining, it also engages the layer, as the plot tanner tries to unravel gets more intriguing with each new chapter.  Though his adventures in San Francisco are all one giant dream, the set-up results in the introduction of one of the most unique gaming mechanics to date.

At its core, this is an open-world game in which players complete story missions, side activities, as well as acquire a huge selection of cars.  Unlike other genre titles such as Grand Theft Auto, you are always in a vehicle no matter what, to compensate for this, there is the shift mechanic. With the simple press of a button, you can launch Tanner into the sky and take control of any vehicle within his view, and as the campaign progresses, his perspective of the city will be able to go higher and higher, until the whole locale is completely viewable.  Shift is used in a variety of creative ways; for example, when taking down vehicles, the player can ram them, but it's much better to shift out of the current car, pick a vehicle driving on the opposite side, and ram it into the opponent head on.  Such a tactic can even be done during races in order to give yourself an edge on the competition.

Story missions are creative, featuring fun scenarios and ways to test your driving skills.  You'll help a local news channel gather footage of vehicular mayhem by possessing drivers and making them pull off dangerous maneuvers on camera, and in one mission, Tanner must drive a car through alleyways, avoiding the main roads as much as possible in order to reach a location before a serial killer kills his victim.  When you're not doling out justice or unraveling a large-scale plot, the game features a massive amount of activities to partake in.  From races to time trials to dares, gamers can get lost in the massive amount of events and lose track of their progression in the story, which takes around seven hours to complete.  There are also hidden tokens to discover that, when collected, unlock a challenge based off of an iconic driving scene from a movie. 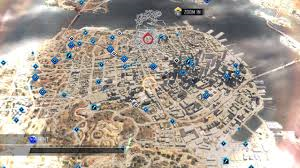 Completing missions, activities, and pulling off different driving techniques results in currency that can be used to buy garages, upgrade the size of your ability meter, or unlock one of the hundreds of cars available in this title.  Driver: San Francisco is consistently entertaining throughout, both during the campaign and in exploring the city; at times, the missions can be challenging, but not because they're difficult, but because of how the vehicles handle.  The game's approach to driving is to give the vehicles realistic handling and turning, the problem is that automobiles become iffy to control, and not exacerbating the issue is that certain car types can be a nightmare to handle.  Later missions that involve beating races using a dune buggy or a high-speed sports car can be frustrating to win as they can easily spin out if one is not careful.  This generally resulted in multiple retries until I go acquainted to driving something that felt like it was always on ice.

Visually, the game looks quite good.  San Francisco is a sprawling metropolis brimming with constant activity, yet while the environments and automobiles are well-detailed, character models are noticeably low-res.  On the bright side, the cut-scenes are top-notch and excellently directed, as it mixes the CG graphics with the in-game visuals to successful effect.  A nice touch is that once an interval in the story is reached, a "previously-on" recap is provided to keep you in touch with what's currently happening in the plot.  Equally solid is the audio; although the dialogue and performances are very cheesy, it adds to the feeling you're watching and participating in a cop show.  However, the real highlight of the sound design is the soundtrack.  The composed music is fantastic and the licensed songs are a great mixture of funk, blues, jazz, and rock, with a dash of hip-hop thrown in.

Driver: San Francisco takes a series that had fallen by the wayside and rejuvenates it by adding a truly unique concept.  The ability to shift and possess drivers opens up the door to creative potential, and it makes the acts doing things like racing and eliminating targets more inventive than usual, and with the staggering amount of content, not to mention the split-screen and online multiplayer options, this game will certainly keep your involvement long after the credits have rolled.

Hold on there, the adventures of John Tanner in Bay City are not quite done yet, as the next part delves into the origins of the wheelman with the Wii version of Driver: San Francisco.
Posted by William Lowery at 7:01 PM