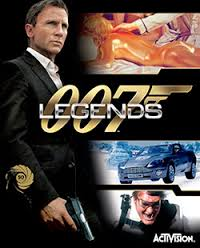 James Bond, a character known by many and one who has left a major impact on the pop-culture landscape.  Initially created by Ian Fleming, James Bond's popularity was kick-started by 1962's Dr. No; since then, there have been multiple movies made centered around the British secret agent.  Not only that, but multiple actors have portrayed the man, and each one brought their own take of the character to the table.  In 2012, the 50th anniversary of James Bond was celebrated by not just Bond helping the Queen of England parachute into the London Olympics, but also through the film Skyfall.  To coincide with the release of the movie, publisher Activision and developer Eurocom released 007 Legends, a game with ambitious means of celebrating fifty years of Bond.

007 Legends begins during the opening of Skyfall, in which Bond is chasing after a man named Patrice with the help of his partner, Eve.  Bond and Patrice are struggling against each other on a speeding train, and when Eve is forced to take a shot at the two with the hopes of killing Patrice, she accidentally hits Bond instead, who falls off the train and into the raging river below.  From there, Bond flashes back to previous missions based off of five films from the franchise, which are Goldfinger, On Her Majesty's Secret Service, License to Kill, Die another Day, and Moonraker.  In an epilogue to these events, only available via DLC, Bond, after recovering from his near-death experience, tracks down Patrice to finish what he had started at the beginning of Skyfall.

On paper, the concept of this game, retelling the plots of five different movies under one narrative, is ambitious and promising one, but how 007 Legends executes this idea is haphazard, to say the least.  Unlike the previously reviewed Lego Indiana Jones, which retold its plots in a way that could be easy to follow for both fans and non-fans, this title recaps the tales in a style that will leave those unfamiliar scratching their heads as to who these people are and what exactly they intend to do, and for those who have seen these movies, they will be frustrated by how much was cut out in recapping them.  Because each section starts at the one-hour mark of their respective movie and skips all the way to the final act, a large chunk of plot details and moments are left out, elements which are critical into providing further information on the situation.  Worse, the game ends rather abruptly at the end of the Moonraker section, which is made more painful by the fact that the required DLC is no longer available to download, unless you own the Wii U version. 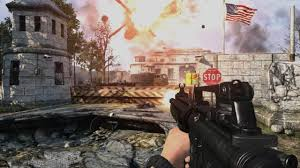 Lastly, how Daniel Craig's interpretation of Bond is implemented into these films feels lazy.  Whereas the Goldeneye remake updated both the setting and tone to reflect this version of the secret agent; here, they updated the settings to modern times, but not their mood.  As a result, how Bond acts constantly flip-flops throughout the campaign; one moment, he's saying, "Time to face gravity!" while dispatching Gustav Graves in Die another Day, the next he's out for revenge for the assassination attempt on Felix Leiter in License to Kill.  It's these jarring shifts in personality which further the notion that the game was rushed out and the writer did not have a chance to polish the script.

007 Legends' gameplay utilizes many of the same mechanics found in 2010's Goldeneye while adding in some additions and making changes to already-established ideas.  The end result is a game that takes two steps forward, but also two steps back.  In each mission, Bond will not only have primary objectives to complete, but also secondary ones; in Goldeneye, failure to complete every objective resulted in the difficulty being automatically lowered, fortunately, this is no longer the case in this title, which alleviates some of the pressure of completing missions.

To help complete tasks, Bond has his smartphone, along with a few new gadgets; the smartphone is used most frequently during multiple investigative sequences in which he has to find clues relating to what the villain is planning.  The phone can scan for finger prints and has an electromagnetics filter for spotting hidden buttons and other devices.  Besides the smartphone, there's also a laser wristwatch and a pen-dart to use, which is capable of knocking out or distracting foes.  These aspects, along with the ability to customize firearms and unlock special perks for Bond at upgrade cases found in each stage, show signs of promise, but the remainder of the gameplay squanders this potential through multiple problems in its design. 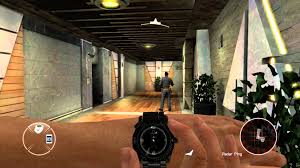 Combat isn't as well-polished when compared to Goldeneye; in that game, you could freely choose between being noisy or using stealth for most of the missions.  Here, more of an emphasis has been put on the former, as Bond frequently partakes in firefights that make the game feel more like a third-rate Call of Duty clone.  There are times when you are allowed to use stealth, but it's rather frustrating to use due to multiple reasons.  To begin with, stage designs are more complex, with areas featuring multiple floors and vantage points; also, enemies now have a line of sight that fills up the more your visible a' la Far Cry.  The problem is that the level structure can make it hard to tell where they are, meaning you can be going about your sneaky business, only to notice the detection meter filling up, yet you don't know if the thug spotting you is nearby or not.

Of course, the foe might be doing this because it noticed a body, which leads into the biggest issue with stealth.  Since bodies no longer disappear upon death, they stay where they are and you can't do anything to try and hide them, so you have to stay alert and hope that none of the guards discover their knocked-out/deceased comrade.  At times, Bond is put into areas where stealth is the only option, and if he gets spotted, it's an instant mission failure, but these are relatively painless since the rooms are simple, making it easy to keep track of where everyone is. 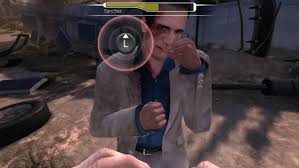 Besides shooting, investigating, and sneaking around, some missions feature a vehicle section or boss fight to partake in; though these sound fun, like everything else about the game, it's not too good.  The driving is very simplistic; most of the time, Bond drives down barren roads with little-to-no action, save for the skiing section in On Her Majesty's Secret Service.  The boss fights are another story; simply put, they're a joke.  Each encounter plays out like a James Bond version of Punch Out, minus the challenge or thrill; all the player does in these parts is punch the villain or henchman in predetermined spots as they barely react to your blows.

Aesthetically, the game looks competent but nothing about the visuals stands out.  Environments are generic and unmemorable and other facets, such as explosions and ragdoll physics, look weak and at times, laughable.  The audio is equally average; most of the guns sound like peashooters and the voice performances are all over the place.  Even though his likeness is present, Daniel Craig does not voice Bond, and the actor who does constantly shifts from trying his best to phoning it in.  The remainder of the voice cast is decent, and while the likes of Goldfinger, Blofeld, and Sanchez are not voiced by their original actors, Toby Stephens and Michael Lonsdale, who play Gustav Graves and Hugo Drax respectively, return to their original roles and are the highlights of the cast. 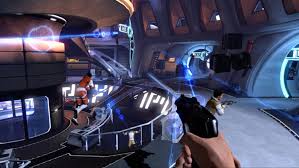 It's a shame 007 Legends turned out the way it did, as the concept is rather brilliant.  Sadly everything about the game feels rushed or not implemented well.  Out of all the movies recreated in this product, the highlight is Moonraker, which is surprising, given how it's considered one of the more far-fetched entries.  The zero-gravity shoot-outs in the space station and in outer space are creative and how Eurocom had the right intention, but not the right amount of time.