The month of October is right around the corner, and I thought for that particular month, I would do something interesting.  During the next month, you can expect reviews for three different games based off of the Alien film series to be published.  I'm not going to say which ones are going to be reviewed, but the one hint I will give is that these three games came out during the last generation of consoles.  The game reviews will be posted on the 1st, 3rd, and 5th weeks of October, but besides those reviews, in the 2nd and 4th weeks of October, there will be reviews for Alien and Aliens, respectively.  Last year, I tried something like this on my old blog by reviewing games from the Dead Rising series, but things didn't work out.  This time, however, things are different and this time, I'm prepared.

So in October, grab your motion tracker and pulse rifle, and bring a shotgun for any potential close encounters, it's Alien Month.

https://www.youtube.com/watch?v=SEEwAvlJOcI
Posted by William Lowery at 12:56 PM No comments: 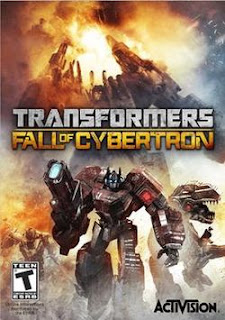 The Transformers series has had a long history; it first started out simple with a toy that could transform between a vehicle and a robot, and since then, it has become a highly successful franchise with different television shows, movies, and a massive array of toys.  Yet, when it comes to video games, the franchise hasn't been so successful in that area.  Most of the games are either mediocre at best or flat out terrible.  This changed in 2010, when developer High Moon Studios created Transformers: War for Cybertron, a game based off of the Transformers that was actually pretty good.  Then, in 2012, the same studio followed up that game with Fall of Cybertron, a game that is essentially the best Transformers game ever made.

Fall of Cybertron's story is compelling enough to keep you interested in the events that happen during the game, and the writing and story feature various nods to the franchise, including a moment in the game that directly references a scene from the 1986 Transformers movie.  Yet, where the game's story truly shines is in its pacing and characters.  Throughout the game, you're always playing as a different character from the Autobot or Decepticon side, and it keeps you on your toes, wondering what character you might be playing as next.  The characters, both good and bad, are all likeable and each character gets to have their moment during the game.

At its core, Transformers: Fall of Cybertron is a third person shooter, but much like the Ghostbusters game I reviewed before, what makes this game unique from other games in the genre is what you're playing as.  In this case, the Autobots and Decepticons you play as over the course of the campaign are never similar to each other, as each one has their own vehicle form they can transform into, as well as their own special ability which reflects the playstyle of the current level.  For example, Optimus Prime's special ability to call in artillery strikes to decimate enemy forces and eliminate mission critical objects reflect the bombastic action of his levels.  A later level, featuring the Autobot Cliffjumper, features a strong focus on stealth.  Cliffjumper's special ability is that he can become invisible for a short period of time, allowing him to sneak by enemies or take them out stealthily.  Variety is the best word to describe the gameplay, besides the different Transformers you play as over the course of the campaign, the level design and selection of weapons to use are also varied.

The level design does a good job of keeping a balance between linear areas and more open spaces that encourage you to use a Transformer's alternate vehicle form.  This was especially noticeable in the level where you control the Decepticon Vortex, as the level strongly encourages the use of transforming into his helicopter form and taking to the air to eliminate the Autobot forces, while also completing his different objectives.

Scattered across the levels are Teletraan 1 terminals, where you can purchase and upgrade weapons, as well as purchase special power-ups that either defend you or act as an offensive tactic.  These power-ups include a shield  you can throw out to defend yourself from incoming fire, a drone you can deploy that will fly around and attack nearby enemies, and my personal favorite, a grenade that turns into a black hole when it detonates.  The weapons available for use include variations of modern day weapons such as assault rifles, shotguns, and rocket launchers, but by finding hidden blueprints in each level, you can unlock special weapons with creative functions.  One example is a special shotgun that doubles the amount of energon shards that are dropped from a fallen enemy after it has been killed with the weapon.  Another unique weapon can shoot out saw blades that will bounce around briefly, unless they manage to hit something.  These weapons can also be upgraded in different areas such as ammo capacity or recoil reduction.

The game features a great art style that gives the Transformers and their homeworld bright and colorful designs.  The design of the Transformers is heavily based off of their designs from the 1980's TV show, albeit with slight alterations to reflect the fact that they haven't arrived on Earth yet and scanned our vehicles to get their new look.  However, the game froze on me twice during a particular section in the last level.

The voice acting and music are both great; veteran voice actor Peter Cullen reprises his role as Optimus Prime, who he voiced before in the original animated series as well as the animated and live action movies, and he gives a top notch performance.  Frank Welker, who voiced Megatron in the original cartoon, doesn't voice the leader of the Decepticons in this game; instead, Megatron is voiced by Fred Tatascoire, who also gives a strong performance, as does the rest of the voice cast.

Posted by William Lowery at 12:44 PM No comments: 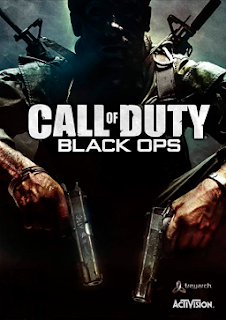