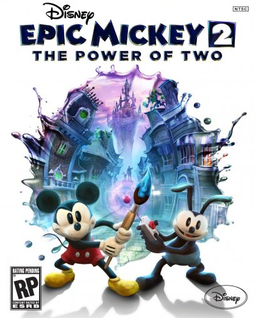 Posted by William Lowery at 2:22 PM No comments:

For those of you who don't know, the President and CEO of Nintendo, Satoru Iwata, passed away yesterday at the age of 55 as a result of an unexpected bile duct growth.  When I first learned about this last night, I was genuinely shocked because I wasn't aware of this condition he had, as he looked perfectly fine to me whenever he appeared on something such as the Nintendo Direct videos.  Still, this is an unfortunate loss in the gaming industry.  Currently, there has been no announcement made as to who will succeed Iwata as the new President of Nintendo.  Mr. Iwata, you shall not be forgotten.

Link to article: http://www.gameinformer.com/b/news/archive/2015/07/12/nintendo-president-satoru-iwata-has-passed-away.aspx
Posted by William Lowery at 8:54 AM No comments: 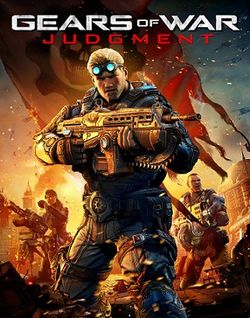 In the world of entertainment, prequels have the opportunity to go back before the events of a main storyline to offer some insight on how certain characters got their start as well as to show the events that led up to the main storyline in a given series.  The results can be good, but sometimes the tale that is told isn't as interesting as it should have been.  Gears of War: Judgment is one of those examples, it's set before the events of the first game and it focuses on one of the other members of Delta Squad, Damon Baird, but as we find out, his tale isn't that interesting.

Set before the events of the first Gears of War, Judgment follows Damon Baird, who was originally a lieutenant and in charge of his own squad known as Kilo Squad, which includes Augustus Cole, who would later be part of Delta Squad, Garron Paduk, and Sofia Hendricks.  They are standing trial before Colonel Loomis after performing an unauthorized launch of a lightmass missile to try and kill a Locust general named Karn.  From there, the events that led up to the launching of the missile and the squad getting arrested is shown in flashback and it's where the majority of the game is set.  Besides the main story, there's also a bonus section called Aftermath that can be unlocked and it shows how Baird and Cole got their hands on a ship during the events of Gears of War 3.

Despite having an interesting narrative setup, Judgment's story never really takes full advantage of the narrative.  Not a single moment in the main campaign was memorable or interesting, and the main bad guy of the story, General Karn, is one of the most forgettable villains I have encountered in a video game.  The Aftermath section is also forgettable as well, unless you're familiar with the story of Gears of War 3, you may find yourself not that interested in the events that are happening, even though Aftermath does have some connections to Gears of War: Judgment.  A former Kilo Squad member joining Baird, Cole, and the third Carmine brother, Clayton Carmine, as they try to find a ship, and we learn what happened to certain other characters from Judgment as well.

The third person shooting is largely unchanged in this installment, but some changes have been made to both the controls and gameplay.  Swapping weapons is now handled by pressing the Y button and grenades are now thrown by pressing the left bumper, these controller changes aren't significant, but it does make the controls much more smoother.  The larger changes have been made to gameplay with the introduction of a ranking system and special modifiers called Declassified Testimonies.  At the beginning of a level, there will be glowing Gears symbol presenting an optional modifier that has varying conditions.  Choosing to accept it will result in one of many different modifications to the current level, including additional special enemies, being only allowed to use certain weapons, or having to beat the level before a time limit expires.

Accepting the challenge will also increase the rate at which you can earn stars, of which there are three to earn, and you can fill up the star meter by also killing enemies or for eliminating them in certain ways.  At the end of a level, everything gets tallied up and you earn stars, but you will get penalized if you went down and needed to be revived during the level.  This concept works and it provides a good incentive to replay levels.

Most of the enemy types and weapons are pulled from other games in the series, the only new enemy type introduced is a Locust soldier that transforms into a violent, rampaging beast once it is shot up enough.  Weapons-wise, there's a sniper rifle that has a large magazine clip and a grenade launcher that fires bouncing projectiles.

The gameplay is still enjoyable but where it falters is in the lack of variety during the main campaign.  Almost every level in this game is just one shoot-out after the other, outside of one level where you take control of a suit of armor that can easily lay waste to enemies, there are no other vehicle sections or anything else to keep the game varied.  In contrast to some of the changes mentioned to the gameplay, the Aftermath section does not feature a ranking system or use of the Declassified Testimonies, but it is still decently enjoyable.

As expected, the visuals of Gears of War: Judgment look really good, with no real problems at all.  A nice touch is that since the game is set only a few weeks into the war with the Locust, the world of Sera doesn't look entirely decimated, and some areas have noticeable bright colors to them.  Additionally, the voice acting is also good, and you can expect some fun one-liners to be spouted off by the members of Kilo Squad.

While Gears of War: Judgment  is still a good game, some certain aspects of the game, including the wasted potential of the story and lack of gameplay variety, make it feel like a step backwards when compared to the other games in the series. 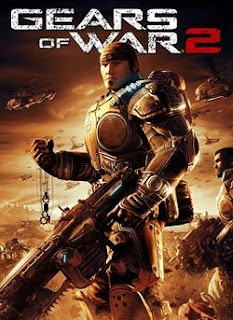 The Gears of War series is one of the most popular franchises to have debuted during the last generation of gaming.  A lot of people like the games for various reasons, including the gameplay, characters, and the fact that you get to use a gun that has a chainsaw attached to it for melee purposes.  In September last year, I picked up Gears of War 2 and Gears of War: Judgment, and with the recent unveiling of the next official installment in the series, Gears of War 4, I figure it would be a good time to take a look at these two games, starting with Gears of War 2.
The story of Gears of War 2 is set after the events of the first game, despite the apparent destruction of the Locust after the detonation of a lightmass bomb, war still continues on the planet Sera, not only that, but the COG army gets word that many cities scattered across Sera are disappearing.  A huge army of COG  soldiers gets sent out to fight the Locust army and to find an explanation for the unexplained disappearances of these cities.  One of the squads that is sent out is Delta Squad, led by Marcus Fenix, his squad discovers that the cities are being devoured by a giant worm the Locust are using, and their next target is the supposedly unsinkable city of Jacinto, which also serves as the COG army's primary base of operations.
The game's story is enjoyable and it does a good job at explaining the events of the first game and what led up to this huge war that is being fought, which is good for some people like myself, that haven't played the first game.  The story is a large-scale journey that sends Delta Squad to a variety of different locations around Sera, but it's also a personal journey for one of the members of Delta Squad, a man named Dom.  At a certain point in the story, Delta Squad learns that the Locust have been capturing humans for use in slavery, and Dom believes that one of those prisoners is his wife, who he hasn't seen since the Locust first showed up.  I won't spoil what happens when Dom does manage to find her, but it's a surprisingly strong emotional moment that is handled well.  All of the members of Delta Squad are likeable and they have their moments during the game, but there was one member of the squad, a rookie soldier named Benjamin Carmine, that annoyed me as it was made pretty obvious from the get-go that at a certain point in the story, something bad was going to happen to him.
The Gears of War games are best known for their third person, cover based shooting gameplay, and there's not denying that it is well done and fun.  Taking cover behind walls and pillars is crucial if you want to avoid being shot at and killed, but you won't always stay behind cover, as the various enemy types in the game will have you shifting your tactics around, depending on who you're currently fighting.  Enemies in this game include standard Locust soldiers, monkey-like Locust called Wretches, and more deadlier enemies such as the Kantus, who can move quickly and also revive any Locust soldiers that are near dead, or heavy Locust armed with gatling guns or shields and flails.  Sometimes you may even have to take down giant Locust creatures including Brumaks, which are the Locusts' version of a tank, or colossal, crab-like Corpsers.
Fortunately there's a solid variety of weapons to use and you'll generally want to try out the different weapons available.  Besides the always-reliable Lancer assault rifle, complete with a chainsaw attachment for finishing off Locust soldiers, other weapons include a single shot-firing weapon called the Hammerburst, a bow and arrow that shoots detonating rounds, and a grenade launcher called the Boomshot.
The game does a good job at keeping things varied, so you aren't always just shooting enemies throughout the game.  At certain points, you'll take control of different vehicles, one of which looks like a monster truck and a tank combined into one vehicle, and there are some branching paths in a few of the levels.  Choosing one path will result in Delta Squad splitting up, with one half accomplishing a different objective and the other half of the squad their own objective.  The levels themselves can also shake things up as well.  One level involves Marcus and Delta Squad finding a way out of the giant worm after they are inadvertently trapped inside it, and inside the creature they need to dodge the creature's intestinal teeth, avoid drowning in the creature's blood, and do some heart surgery with the Lancer to kill the creature.
The game's visuals look great, and the game does a good job at showing off the large scale of the war between the humans and Locust in certain parts of the game, plus some of the environments are quite massive as well, such as the levels set underground.  Equally good is the voice acting and music, there's a lot of entertaining banter between the members of Delta Squad, and some of the squad members spout off some funny one liners during combat.
Gears of War 2 is a well made and enjoyable third person shooter thanks to its fun and varied gameplay, as well as the story, which shifts between focusing on the journey to put an end to a deadly enemy, but also serving as a personal journey for one of the members of Delta Squad.
Final Score: 8.5/10

Posted by William Lowery at 8:35 AM No comments: